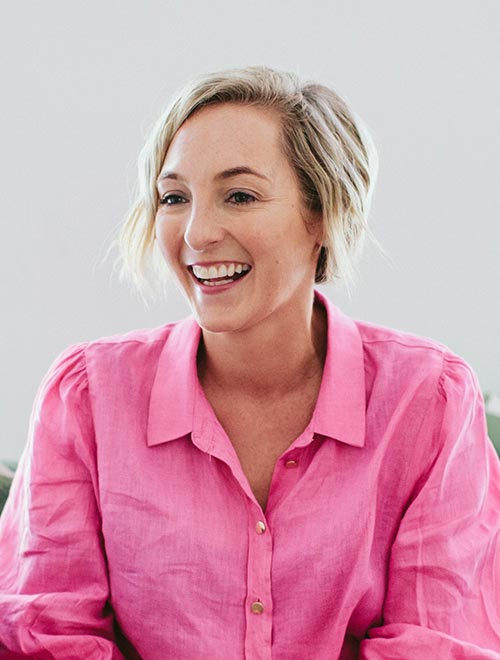 Katie James became a member of Australian Action on Pre-eclampsia in September 2021. Katie is a communications leader with a background in public relations, marketing, sponsorship, and media. Katie’s was inspired to join the committee following her own personal experience, suffering from severe and sudden pre-eclampsia and HELLP syndrome with her first two pregnancies.

In 2011 at 36 weeks pregnant Katie’s first child Lennox was delivered via an emergency Caesar under general anaesthetic, when she became very unwell, very quickly with the condition. In 2015 at almost 29 weeks pregnant, Katie’s life was again unexpectedly at risk. Her blood pressure soared, her kidneys and liver stopped functioning properly and her placenta ruptured causing her daughter Ivy to have a serious brain bleed.

Two days after Ivy was born, her fragile condition became clear and she sadly passed away at six days old.

In 2016 Katie meet with Professor Shaun Brennecke AO, world-expert on pre-eclampsia at the Royal Women’s Hospital. Professor Brennecke explained how a future pregnancy could be managed safely by being prescribed a low-dose of aspirin to be taken every day and that a world-first blood test called the PERT test could be taken in the second half of pregnancy, every four weeks, determining the likelihood of pre-eclampsia developing. With the aspirin management and the PERT test, Katie was able to have assurance that any potential pre-eclampsia was being monitored and would be acted upon fast, assurance that gave Katie and her husband the confidence to attempt another pregnancy.

Under the management of Professor Shaun Brennecke, Katie has since welcomed Edmund and Monty following healthy pre-eclampsia free pregnancies.

Fuelled by an intrinsic motivation to increase awareness of pre-eclampsia to prevent other deaths, Kattie brings a vibrant communications and marketing focus to the team.

Along with her passion to make a difference and do something positive in Ivy’s memory, Katie enjoys seeing the impact the Australian Action on Pre-eclampsia is making to lives and is grateful to be a part of such a devoted  group of volunteers with the powerful duality of increasing awareness of this life-threatening condition and offering support to those in need.